Getting to know oil drilling is essential for you to get a job in the sector so it is important that you know the basics at least. There are a few kinds of oil drilling rigs that are designed for working in an array of locations, in different environments and on certain kinds of wells:

Can you pinpoint what exactly is a drilling rig? The majority of rigs out there rely on a few main systems for carrying out their operations:

Wells get drilled for a number of purposes. When a particular well is to be drilled for the purposes of finding new reservoirs, it is labeled as an exploratory well. Wells that are established on proven oil fields are called development wells – they are designed to maximize that field’s oil production.
Generally, rotary drilling is the most common drilling technique. The method revolves around a rotating drill getting forced downward into the earth for the purposes of making a hole or wellbore. The drill stem is responsible for rotating the drill stem. It also serves as a passageway for circulating the drilling fluid, which is usually mud.

When someone says that a given well is going 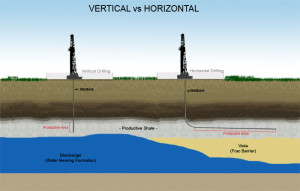 to be drilled in a conventional method, it basically means that well is to be drilled straight down vertically to the oil.
The conventional drilling method, however, does not always produce the best of results. Often the driller is to go down vertically after which he will make a sharp horizontal turn. In order for this procedure to be successful, he will require special drill bits. At times, there are going to be two wellbores drilled with one being over the other in a rather close proximity. Steam is to be injected from the above into the overhead hole in order to force the oil to go down into the hole below thus contributing for extracting the product faster.

Directional drilling also known as slant is a method in which the bit is driven down at an angle. This technique is getting more and more popular due to various eco-related concerns. For example, if the oil is in a sensitive location you can construct your rig on an area close to it that is not so sensitive and drill from there at an angle until you are actually underneath the said sensitive area. This way you will manage to acquire the oil without causing any damage to the environment. In some cases in order to maximize oil production from a particular reservoir, multiple angled holes are drilled. Given the advances in technology we have at our disposal today, directional drilling demonstrates a high level of precision.