The drilling rigs are now gone from the hills surrounding the Pennsylvania town (30,000 ). All bars and hotels are quieter, no longer packed with workers who flocked in to America’s newest and largest gas field.

The drilling boom during the past years is over, though thousands of still existing wells in Marcellus region produce a fifth of United States natural gas supply. Exclusive data available to Reuters pointed to a slump in drilling which could hit production in 2016, defying industry and government expectations of a rise in output. 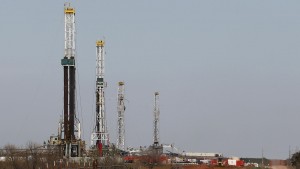 Chief executive officer of DrillingInfo, Allen Gilmer, said the fact that it was slowing and the speed at which it was slowing summed up the state of United States shale gas industry. DrillingInfo added that recent months were subject to revisions, but a retreat of magnitude like that, combined with decreasing output from older wells, marked a turning point for Marcellus, and the whole United States gas market.
Energy Information Administration forecasts overall U.S. gas output to hit a record this year for the 6th year in a row. A drop in the production of Marcellus could snap that sequence and help prop up prices which have fallen by nearly 70% since 2010.

United States natural gas production has increased by 30% since 2008 when the progress of fracking, or hydraulic fracturing, and horizontal drilling unlocked huge shale gas reserves, thus swamping market with new supply, causing a collapse in prices.

Marcellus region makes up half of those shale reserves. The government expects the area to keep producing more in the next years, although at a less furious pace. The impact of the collapse in drilling permits could be softened by other factors. This year, new pipelines coming online will allow hundreds of already drilled wells to be hooked up to the grid. A harsh winter could boost demand for natural gas.

A still unpublished outlook from EIA, which doesn’t take into account the permit numbers, expects lower Marcellus production through March, and a rise for the rest of 2016. Until 2019, EIA doesn’t anticipate a full year’s decline. 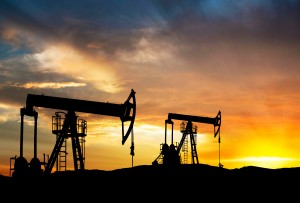 . With gas prices near 14-year lows, now producers have choked hundreds of wells in the area in the hope that falling supply will stop the fall.
Several gas producers, including Cabot Oil & Gas and Chesapeake Energy, announced production cuts in the area. Denver-based company Inflection Energy, which has an office in Williamsport, has cut off production from 50-70% of its wells, according to company spokesman Matt Henderson. Henderson added it was “better to choke back than to sell into this market”.

NYMEX gas futures dropped from $4 per million British thermal units in 2014 to just above $2 in the end of 2015. Prices are even lower in the Marcellus region, touching levels where drilling is already uneconomic.

Local energy companies hold out little hope for a rebound in near future, and instead brace for a longer rough patch. Justin Kastner, manager with Global Land Partners company, securing leases for oil and gas companies, shared that his staff had halved in 2015 from 16 to 8, and he expected to see a downturn for the next 2 years as there was too much gas.

The local economy also feels the pinch. Foreclosure notices Lycoming County’s filed, where Williamsport is situated, between January and October 2015 hit their highest since 2006, when the data was first collected, according to Realty Trac.

200-room Holiday Inn, one of five new hotels which have opened in Williamsport since 2009 and had stayed fully booked during the rush, had over 70 vacant rooms in the end of 2015, according to Beth Smith (receptionist at the hotel).

“Every day I felt overwhelmed, the phone ringing off the hook, minding everyone coming in,” Beth said about the peak time a couple of years ago. Today, the lobby is less hectic and cleaner without workers bringing mud in, though Smith misses the action.
The boomtown buzz is gone from Old Corner Hotel bar too (this one is one of the oldest watering holes in Williamsport).
General manager Kate Myers shared she felt “like every night was a Friday night” and it was “back to normal now”.

How Much Oil Does Islamic State Have and Who Buys it?
Scientists Drill Beneath Crust of Earth For First Time

Oil Falls Below $35 on Rising Stocks

How Much Oil Does Islamic State Have and Who Buys it?
Shares